It was October of 2013 and I found my way to the Meditation Hall at the Fireflies Ashram off Kanakapura Road outside Bangalore’s southern sprawl. That morning, I’d begin learning the sequence of actions of the Chiang Mai style of Thai Yoga Bodywork (TYB.) I would struggle to remember that sequence as I awkwardly groped about trying not to drive my thumb into the bones or nerve junctions of my fellow students. But over the course of those ten days, I progressed to the point that my awkwardness was less apparent, and I could get through the sequence without forgetting much.

I’d arrived in India with a long list of activities to try and skills to learn as part of a plan of self-betterment. That TYB course was the first item on the list to be scratched off. I’d been in the country a little over a month. The strange thing about that was that TYB was the activity farthest outside my comfort zone. I wasn’t a complete stranger to yoga or meditation when I arrived in India. And while I was new to the martial arts of Kalaripayattu and Muaythai, I’d practiced a Japanese martial art my entire adult life. So while I wasn’t skilled at those arts, I had a level of transferable confidence to counterbalance my lack of skill. The same couldn’t be said TYB. It was all new. But that’s the magic of moving around the world, everything is outside your comfort zone, so you might as well go big or go home.

Small world. A couple years later, I’d be in that same Meditation Hall for the capstone weekend of my 500-hour yoga teacher’s course. I remember lying in that Meditation Hall, resting after having learned the advanced cleansing practices (shatkarma) of hatha yoga. (By then there was an entirely new level outside my “comfort zone” as I’d purged my entire alimentary canal.) At any rate, the Fireflies Meditation Hall was just a piece of geographic connective tissue that linked my yogic and TYB educations. I’d like to discuss five more substantial links.

5 .Anxiety management: Let me begin with a theme that I mentioned in my introduction. It’s an aspect of personal development that I’ve spent a lot of time working on recently, and that’s moving outside one’s comfort zone to dispassionately observe one’s anxieties. Both Yoga and TYB present practitioners with opportunities to observe and tame anxieties in a safe way. In TYB, one’s anxiety might be about injuring the person one is working on, about doing a poor job, or it could even be just about touching strangers. People have various reasons—from various social anxieties to germophobia—for discomfort with physically touching people they don’t know well. (Being an introvert, I have a tinge of this discomfort that would likely be much worse if I hadn’t studied martial arts. But, having studied a grappling-centric martial art for so many years, I’d developed a bit of transferable confidence about being in close physical proximity with people I didn’t necessarily know well.) 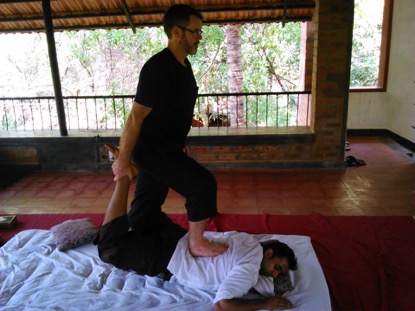 Fig 1. Fear of breaking others

In yoga, the sources of anxiety are often gravity related (e.g. inversions and arm balances), but can be quite varied. I mentioned shatkarma as another example. And I’ve found external breath retentions from pranayama to be a potent area in my own personal practice. 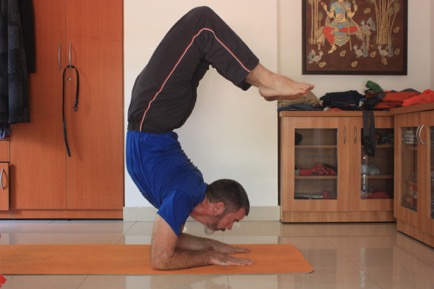 Fig. 2 Fear of breaking oneself

At any rate, what both Yoga and TYB do to help one take on one’s anxiety is to insist that one confront it in a mindful way. Just practicing forces one to experience the anxieties, but the crucial second ingredient is that one must keep one’s attention on the action—preventing one’s mind from engaging in the escalatory patterns by which it makes molehills into mountains. While it’s true that there are many other activities that this should be true of, it’s common in many fitness activities to practice distractions. People often blare portable music devices to drown out their body and mind as they exercise and practice other self-betterment activities. Such distractions aren’t an option in [good] TYB or Yoga instruction (Note: I say “good” because one can see a sad wave of distraction yogas out there that bury the sensations of practice in cute animals, alcohol, and—even–frat-house style raves.)

4. Anatomical intuition: Both TYB and Yoga expand one’s understanding of the human body. A great feature for those who practice both systems is that the two systems are complementary. They present both overlapping and non-overlapping means to insight into the body. Yoga provides insight through all of one’s senses—not just the five we think of, but including proprioception (the sense by which a person is aware of the position of his or her own body parts and their movement) and balance. In other words, yoga allows one to see inside one’s own body as fully as possible. On the other hand, TYB offers the opportunity to learn about the wide range of variance in human bodies—feeling all their varied characteristics, strengths, and weaknesses. 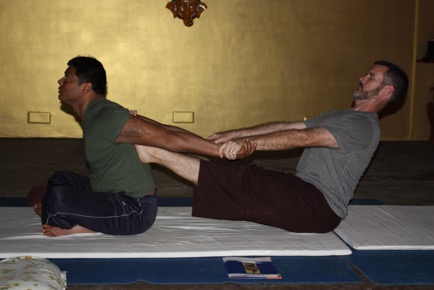 I think a yoga teacher can learn a great deal by practicing TYB. It encourages a greater understanding of the strengths and limitations of others. At the same time, TYB practitioners benefit from yoga’s high degree of intra-bodily awareness because the Thai style involves many assisted stretches that require strength, balance, and awareness. 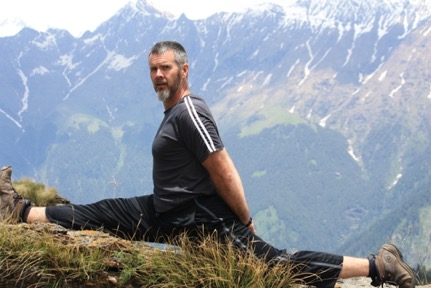 Fig. 4 Discovering your own limits

3.) Appreciating the Slow: Modern life shouts at one to do everything faster. Yoga and TYB are two activities in which there isn’t any payoff for being faster, and, in fact, there are costs. In TYB, the massaged individual will find a fast tempo massage less relaxing. If one has ever been handled by a masseuse or masseur like a baker making bread, one knows exactly what I’m talking about. Hatha Yoga also emphasizes slow movement. Even when one is doing an active style like Ashtanga Vinyasa Yoga, there’s an emphasis on maintaining control of the body throughout, and that requires engaging musculature to counter the forces of gravity and momentum. 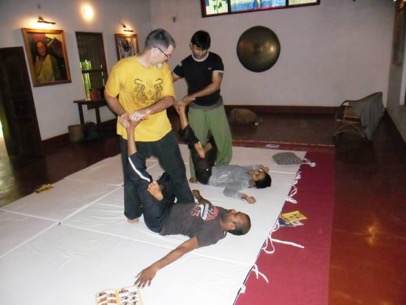 Fig 5. Graceful manipulation attempted; This was that first course in October of

2.) Core stability and muscular endurance: Both TYB and Yoga build and require core strength and muscular endurance. Bodywork is a physically demanding job. When one learns TYB, a great deal of attention goes into the minutiae of handling the client so as to minimize the stress and strain on one’s body. Still, there’s no way around the fact that one is manipulating another person’s body and one has to bear that weight so that the client can be relaxed as one stretches them out or turns them over. Commonly, those people will be larger and heavier than the person delivering the massage. Even if one isn’t doing TYB all day, one will likely feel it—perhaps all the more because one hasn’t developed that core strength and muscular endurance. Yoga can also help the TYB practitioner to keep supple in a job that can easily make a person sinewy.
On the other hand, yogis and yoginis can learn a thing or two about balance and control of the core from the challenging act of manipulating another person through their stretches.

1.) Attentiveness to Subtle Sensations: In yoga teacher training, one is often shown Wilder Penfield’s homunculus. Penfield was a doctor who studied the functional organization of the brain, and particularly the sensory and motor cortexes (the parts that process sensations and commands to move body parts.) He was eager to map the motor cortex so that he’d know what portions of damaged or cancerous tissue could be removed without causing paralysis or the like. At any rate, you’ve probably seen either a flat or 3-D version of the homunculus. It’s notable for its huge lips and hands and comparatively tiny chest and thighs. That’s because the size of a body part on the model doesn’t represent its anatomical size but rather its size in the brain, and our hands have a truly astounding piece of cerebral real estate.
What’s fascinating is that for all this capacity for feeling through our fingers, one has to practice to get the fullest out of that ability. In the beginning, it can be quite different to feel huge knots in the muscle during TYB sessions—even though our ability to differentiate tiny tactile differences is tremendous. In yoga one isn’t so much engaged in feeling with one’s fingertips as one is with one’s internal sensory suite, but the point remains that we have a great deal of capacity that most people leave unused.
I suspect there are many more points of confluence between TYB and Yoga that haven’t occurred to me. If you’ve got one, feel free to comment below.

About Bernie Gourley
An American writer and martial artist living Bangalore, India. A desk life and workday stressors once made him doughy and left him with an accumulation of minor health problems. As a result he begun an intense practice of yoga, started teaching yoga, learned the basics of Thai yoga bodywork (TYB) at the Inner Mountain School of Healing Arts and the Wat Pho Thai Traditional Massage School, and have continued to build a challenging martial arts practice. He has 500 hour yoga teacher certification (RYT500) and Children’s Yoga Teacher certification (RCYT) from the Yoga Alliance through a1000. His formal educational background is in the social sciences. He has two Master of Science degrees, one in International Affairs and the other in Economics. The former is from Georgia Tech and the latter is from Georgia State University.